FIRST LOOK – Sakura Quest centers around our main character, Yoshino Koharu, as she struggles to find a decent job in the city of Tokyo. It’s either Tokyo or back to the rural countryside for her. She’s applied for about thirty jobs now and still hasn’t had any luck until a modeling agency contacted her for a job in a rural city’s tourism board – much to her displeasure. 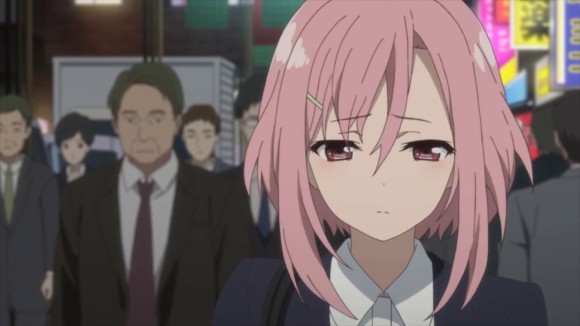 Seeing no other option, Yoshino takes the said job and heads to the rural city of Manoyama to serve as the “queen” for the city’s tourism gimmick, the “Kingdom of Chupakabra.”

However, forgetting to read the fine print, she realizes that her job is gonna be a whole year instead of the one day thing that she thought. Yoshino tries to get back to Tokyo but after seeing old photos in the rural city’s so-called “castle”, she realizes that she came to the rural city before as a child and served as “queen”, which probably changed her mind a bit. 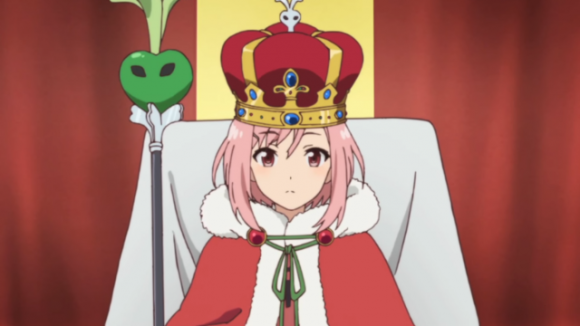 If I had to get a similar anime series to this one, it would be Amagi Brilliant Park. Same old concept: main character is called upon to revive a rusty, old town/amusement park that’s way beyond it’s glory days and he/she has some sort of childhood history with the place than he/she once thought.

The first thing that hit me was the opening theme, “Morning Glory” by [K]NoW_Name, which was really upbeat and catchy to hear. As a pianist, I was just enjoying the jolly piano background throughout the entire theme song. Same goes to the upbeat vocals. It really brought interest and hype for me as I was starting the episode. 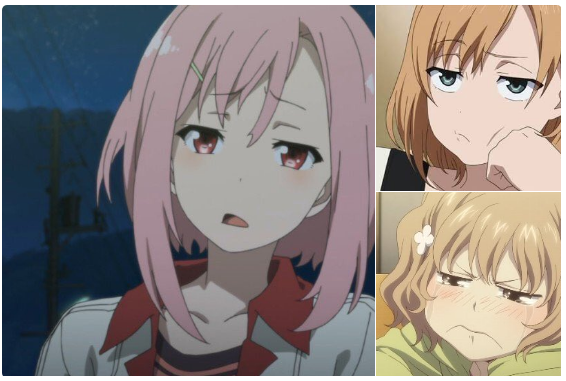 Although both series have the same character designer, he/she should have spiced it up a little bit.

Other than that, the animation style is pretty much okay.

Sakura Quest is not really that “godly” of a series as most people claim it to be, in terms of story, animation, and etc., but it does bring a smile to your face.

This is still the first episode but I hope it remains consistent with the upbeat tone and humor in future episodes.