NEWS – On the 26th of March, Blizzard Entertainment announced the upcoming released of a remastered version for their old RTS classic, Starcraft, and its expansion, Starcraft: Brood War.

Starcraft was released back in 1998 and it was received quite well.

The game showed off a wonderful and exciting story-line through its single-player campaign in the stories of the Terrans, the Zerg, and the Protoss. It was basically an epic space opera filled with action, fantasy and drama. A story that was so complex and defined, two main games and a expansion pack was not enough to cover the entirety of its universe to the fullest.

It also paved the way for eSports. Without this game, the culture of online competitive gaming and eSports itself would not have been properly recognized and defined by the entire world. 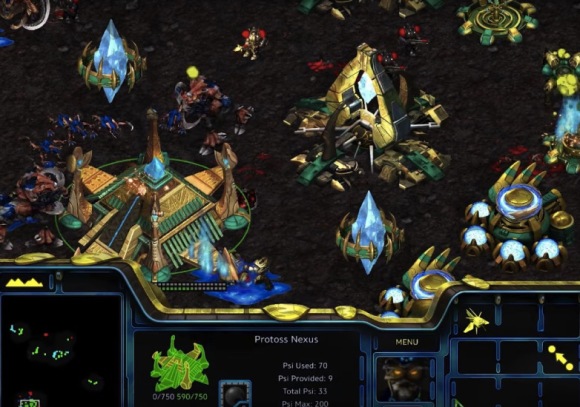 Now, Blizzard Entertainment relives the glory of this RTS classic by giving it a remaster.

In this remastered version, Starcraft will have improvements to its graphics – an high definition remaster. Each unit has been improved to look even more detailed. Those tiny pixels we see in the original classic will be much more defined and detailed in this remaster.

The briefing scenes we usually see before we start a new single-player campaign mission has been improved.

The original Starcraft soundtrack and dialogue has been remastered and rejuvenated.

To top it all off, Starcraft: Remastered will be free-to-play, and that includes single-player and multiplayer.

The gameplay will still be the same: derpy Dragoons, terrible A.I. pathing – you name it. Blizzard Entertainment will only be tweaking the graphics and audio.

NEWS – You thought we’d see the last of him? Well, you thought wrong – Alexander the Great returns to Civilization 6 as the leader of the Macedonian civilization.

Macedon’s unique ability is called Hellenistic Fusion. With this ability, Macedon gets a bonus when he conquers an enemy city based on the districts built there. It is rather unclear whether what sort of bonuses the player receives. Maybe if there’s a theater square district, you get bonus culture yields – so on and so forth.

Macedon’s unique unit is called Hypaspist. Replacing the swordsman, these units when sieging districts and get support unit bonuses. The districts could mean the city center and the encampment district since these two are the only ones you can technically “siege.” With regards to the support bonuses, the Hypaspist unit would probably benefit from battering rams, medic units and the like.

Another unique unit is the Hetairoi. This unit replaces the horseman and comes with a free promotion. It is rather unclear whether you get the promotion after training this unit or after its first attack.

Macedon’s unique building is called Basilikoi Paides. It yields science whenever a non-civilian unit is trained in the city and additional bonuses for specific military units. This would probably be useful when you’re doing rocking a huge military and want to ahead in technology. You can be at war and still be inching closer towards either a domination or science victory.

As for the additional bonuses for every unit, I am not sure if it entails more combat strength, yields or faster promotions since information is very limited at this moment.

As the Macedonian civilization, you don’t have to worry about war weariness and falling behind since you get bonuses as you capture enemy cities and your unique building yields science as you train military units. So you can still be ahead in technology whilst beating the living crap out of everyone in the game.

Will your name become synonymous with conquest? How will you lead the Macedonian empire? Will you ensure that your civilization will stand the test of time?

NEWS – Civilization’s Youtube channel has just published a video yesterday unveiling the newest addition to the roster of civilizations, Persia.

In Civilization 6, the Persian civilization is lead by Cyrus the Great.

Cyrus’ leader bonus is called Fall of Babylon. It allows the player to declare surprise wars with less diplomatic penalties and gives all Persian units bonus movement after declaring war.

With this leader bonus, the player can freely declare war on any other civilization in the game without suffering the heavy warmongering penalties. It’s quite a pain when you really need to declare war on someone but you just can’t due to the fear of being denounced by everyone in the game. Worry not, for this bonus will save you from those pesky peace-loving hippies.

It allows gives you a head start with the bonus unit movement. This bonus movement allows you to mobilize your units more quickly and hopefully start dealing damage to your enemy.

This leader bonus is historically accurate since it contradicts Tomyris’ leader bonus which she dislikes surprise wars. In history, Tomyris and Cyrus were not exactly in the best of terms so it is quite nice how the developers added this in.

This bonus is extremely beneficial in a scenario where there is no safe trade route other than your own cities, most probably happening during a war. You can be at war or be under pressure from surrounding barbarians and still have a fairly healthy economy.

The Persian civilization’s unique unit is called the Immortal. It is a melee and ranged unit which replaces the swordsman and has a strong combat defense. Judging by the reveal video, this unit has a ranged attack of two tiles.

This unit is extremely useful if you want to dish out some damage without getting hit yourself. You can range attack a city and when it is down to low health, you can most probably melee attack in order to capture it. Still not sure regarding the melee part though but since it is a swordsman replacement, it wouldn’t make sense if it didn’t have a melee attack.

Lastly, the Persian civilization’s unique improvement is called the Pairideza. This improvement provides culture, gold and appeal. It gets bonuses from adjacent districts and city centers. Provides more yields in later eras.

This improvement could prove useful if you are going for the culture victory or you are just short on gold.

That’s all the current information regarding the new civilization.

How will you lead your civilization? Will it stand the test of time?