REVIEW – I knew about Koe no Katachi when it was posted by a Facebook page with the description along the words of “tearjerker, beautiful” and what not. The post featured the first few pages of the manga and it was an emotional read. After finishing it’s last manga volume, Kyoto Animation has taken up the job of turning it into an anime film and this article will be my thoughts after watching it.

END_OF_DOCUMENT_TOKEN_TO_BE_REPLACED

NEWS – The No Game, No Life Zero anime film has unveiled its first promotional video, staff, cast, and characters.

The video teases a story from myths erased from people’s memories. Although the film has the same main characters as the anime series, many of them will play characters who lived six millennia before the arrival of Shiro and Sora. 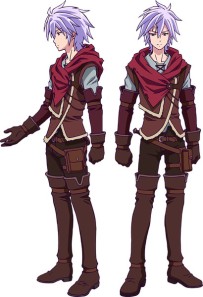 Yoshitsugu Matsuoka (Sora) will play as Riku, the young leader of the human enclave 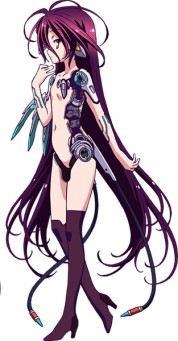 Atsuko Ishizuka will return to direct the anime film. Same goes for Jukki Hanada, with the script writing, and Satoshi Tasaki for character design.

Newest addition to the staff would be Yoshiaki Fujisawa (Akuma no Riddle, GATE, Yuruyuri) who will be composing the anime film’s music.

The film will release on July 15. 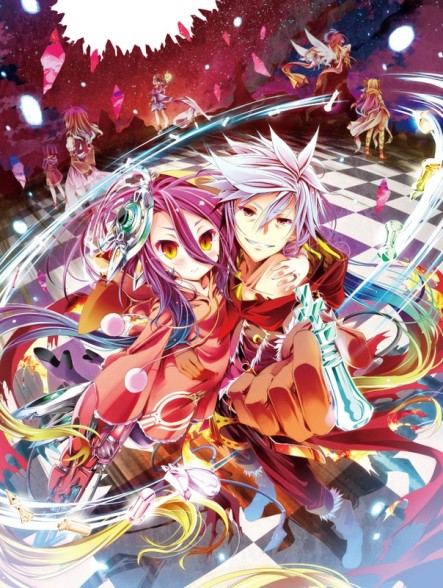 DISCUSSION – As of late, various anime series have gotten really popular to the point that they have been adapted into many media forms. While this is certainly a sign that anime has gone global and is being adored by an even diverse, bigger audience, there are some problems.

Why do we love an anime series? One of the main reasons why is the storyline. When things get adapted into a new media form, there are some changes needed to be done to make the story “work” in the media form it is being adapted into.

For example, let’s say we have a successful visual novel like Clannad. In a visual novel, the reader gets to choose what path the main character takes thus changing the events, relationships, and the like in a story.

What if during your walk-through of the Clannad visual novel, you chose to end up with Ryou – one of the main heroines of the game. Sure, we could have that in the anime adaptation but what about the rest of the gals? How would the story pan out? Would it be appealing to you, the viewer?

Before the anime adaptation is set into motion, things have to be changed in regards to the story and character development since we can’t have every single route of a visual novel adapted into anime – otherwise, it would’ve been a harem.

Same goes with a live-action film adaptation, it needs to work with the media form and its intended audience.

In the Hollywood film, Edge of Tomorrow, where Tom Cruise played as the main character, the director based the film on the 2004 light novel All You Need Is Kill by Hiroshi Sakurazaka.

In this film, the planet Earth is under invasion by alien species called Mimics. However, these alien species and their appearances are very different from the manga and light novel adaptations of All You Need Is Kill. 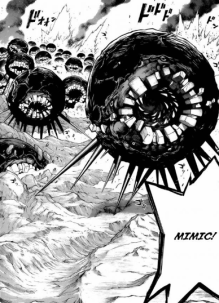 In the manga adaptation, the mimics appeared as some sort of spherical floating creatures resembling that of bacteria. However, in the Hollywood film, they have changed their appearances to some sort of cunning wolves of metal and electricity. Instead of floating, they are fast objects that would kill you in a heartbeat before you will even notice.

It is these minor changes that make an adaptation sell. The audience in the West would not have been entertained by floating balls in the sky as the film’s main villains. To make it sell, they needed to give a feeling of thrill and action that would be familiar to a western audience.

The reason why live-action film adaptations of anime fail to live up to expectations is because they are too reliant on the original source. Directors need to understand the source material of the anime they are adapting then change some minor details so that it would actually work in a film media platform.

Let’s take Death Note, for example. Seriously do we actually need to fit every detail of a character’s description from the anime series? I mean, it doesn’t make sense when it becomes a live-action film adaptation. It does not give appeal and it is just downright cringe or hilarious watching this. 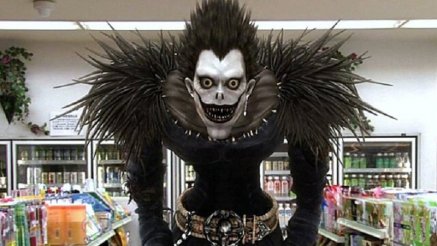 And we’ve got a CGI-Shinigami in the live-action film… Seriously, it is just too cringe and hilarious that probably most viewers wouldn’t even take this film seriously.

We could’ve gotten a human who could fill Ryuk’s role, yeah? Hell, we could have Tom Hiddleston play as Ryuk or whatever name change we could do to fit a more global audience.

The bottom-line here is that most live-action film adaptations of anime and manga stick too much to the original work without consideration if the actual film will come out good or not. There are some anime and manga that won’t work if you adapt it as it is. That’s why we call it an “adaptation” – to adapt something from its original media form in order to appeal more audiences.

What about you? Do you think all live-action film adaptations of anime and manga need to follow the original work? Or do you think people working on the film need to understand their based storyline more clearly?

DISCUSSION – On October 4, 2015, it was announced that the light novel would be turned into an anime film adaptation, with the main staff returning from the anime series. The voice actors and actresses from the anime series will return to reprise their roles in the anime film. This anime film adaptation would be called “Sword Art Online The Movie: Ordinal Scale”, and is scheduled to release in Japan on February 18, 2017. Australia and New Zealand will see the film in their theaters some time in 2017, courtesy of Madman Entertainment.

The plot for the new anime film is as follows:

The film is set after the events of the anime’s second season, in which Kirito, Asuna and their friends start playing a new game known as OS (short for “Ordinal Scale”) that, contrary to the previous ones they played, doesn’t have a full-dive function and is based on a new augmented reality device instead called “Augma”. In this game, players are ranked according to their achievements and players with lower ranks have serious disadvantages in duels against their higher ranked peers. However, Kirito and co. discover that something is wrong when they come across monsters from Aincrad, the world from the same game they were trapped inside for two years while fighting for their lives.

Now imagine, the mechanics of Pokemon GO right now but merging the MMORPG genre. It would be a different situation entirely than playing virtual reality. The film is set on a game that uses augmented reality and (judging from the trailers) the main characters are somehow trapped in that game.

This certainly piques my interest as being “trapped” in an augmented reality seems too confusing to me since if such game would exist in real life, we would be playing through either a smartphone screen or a pair of goggles that use the elements of the environments in your local area. That idea would be cool but it is quite interesting how the characters would be “trapped” in such a game. Maybe the same conditions with the first game, Sword Art Online, where if they remove the device connecting them to the game then it would end their lives.

As far as success is concerned, I’m very “iffy” on how the plot would be written – will it be good or just as plain and illogical as the anime series? The concept of augmented reality is indeed a new thing in anime (or maybe not) but the success of Sword Art Online’s new animated film “Ordinal Scale” will basically be in the hands of the writer. I do hope that Reki Kawahara has improved his writing for this film, otherwise, it would be a huge downer for me and other people who are expecting the film. That being said, people are already expressing their dislike for the whole series. I hope that the film becomes the “saving grace” for the whole franchise.