DISCUSSION – It has been a long time since I have followed closely with the releases each season due to being pressed for time. In this article, I will be sharing the different anime series that I am quite excited and intrigued for this spring season. 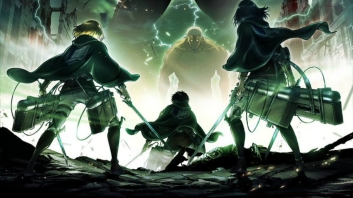 After receiving a lot of hype for its first season, it is not a doubt that Shingeki no Kyojin will be part of this list.

The first season ended up with people asking a lot of questions: the titans in the wall, Eren’s basement, Annie being a titan and more. All of these questions need to be answered by this second season.

I hope that is the case for this season and there will be no similar cliffhangers or plot holes for us to banter about. 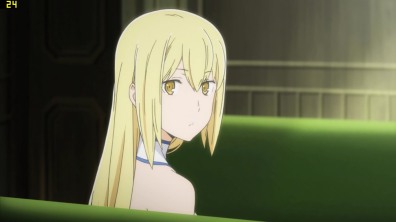 DanMachi’s first season had some sort of arguments whether it was great or not. Was it just another Sword Art Online copy?

For me, it is not the case since this is the kind of setting the anime series is in. It is not similar to Sword Art Online’s case where the characters are trapped. No, the setting in DanMachi is the characters’ reality.

This season of DanMachi will apparently focus on Aiz Wallenstein, the female swordsman (best grill) and her adventures in the Dungeon.

The story is set in a town where almost half of the population possesses some form of special power. The story centers around two high school students: Kei Asai, who has the ability to remember everything he sees and hears, while Misora Haruki can “reset” time to a maximum of three days.

Time travel has always been a wonderful and interesting concept to me, especially when it’s in a story.

The whole pairing of a guy who possesses a sharp memory and a girl who resets time makes me wonder about the possibilities.

Say that you witnessed someone’s death – the girl can reset the time whilst the guy can remember every specific detail and work out some sort of plan to avoid such event.

But then again, that would cause some time travel problems which would require a whole other article for me to explain in.

Quite excited for this and I cannot wait. 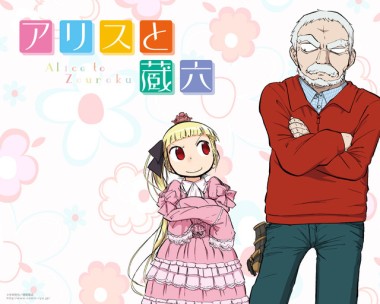 The story centers around a girl who has the power to make her imaginations into reality. She and other girls who possess the same power are locked up in a research facility and are treated as subjects.

Sana has a specific power where she ignores the laws of physics and can bring anything into reality (literally).

However, she escapes the research facility and meets an old man named Zouroku (oh no) who takes her in (oh no), to his annoyance.

I am quite intrigued at two things: first, how her power actually works and secondly, why does this old man take her in? Just because? Or does he have ulterior motives?

Because of these two things, I am putting Alice to Zouroku as one of my anticipated anime series for this spring season.

Tsuki ga Kirei catches my eye because of three things:

Firstly, it is a romance anime and I have a knack for anime series in this genre. Secondly, the studio working on this is feel. which worked on Oregairu’s second season. To top it all off, the director is the same one who did Angel Beats.

This is a wonderful thing because, judging from the preview video alone, it is going to be a slice-of-life, romance anime series which might have similar vibes to Angel Beats and Oregairu.

Tsuki ga Kirei will be one of my most anticipated anime series for this season because of these reasons.

What about you? What anime series are you excited for this spring season? Share in the comment section below!