Day 24: Moment that shocked you the most in any anime

There were a lot of moments which I could say have shocked me. Although most of them were forgettable except for that one scene in anime series called Your Lie in April. It was the most obvious outcome but still got me really surprised. The scene was executed in such a way that you knew it was coming but it still hit you right in the head.

END_OF_DOCUMENT_TOKEN_TO_BE_REPLACED

Day 23: Favorite Attack Someone used in an Anime

As I have repeatedly stated before, I don’t really put that much thought – let alone any sort of fondness, for any sort of special move, attack or any weapon and gear used in an anime series. So for today, I am choosing what looked really cool in the series, Kill la Kill.

END_OF_DOCUMENT_TOKEN_TO_BE_REPLACED

Humor is a necessity in every medium to make sure that your target audience is entertained. In anime, the whole thing shouldn’t focus on the nit and grit. There should be some sort of character to set the seriousness level down a notch to accommodate to the viewer’s entertainment.

END_OF_DOCUMENT_TOKEN_TO_BE_REPLACED

DAY 1: Very first anime that I have watched 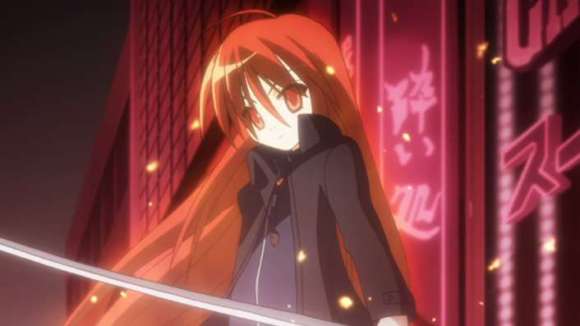 I was about seven years old when I first found anime. The local television network was bringing in a new segment of their channel called “Toon Saturdays” which featured a lot of anime series showing in the morning.

The first anime series that I saw was Shakugan no Shana.

The first episode drew my interest as it featured a monster-like creature being controlled by a person which sucked out people’s souls whilst suspending the flow of time. It was a pretty interesting concept to me.

In this episode, the main character Yuji was immune to these time-suspending effects since he is the host of a special relic of some kind called the Reiji Maigo which means that his soul was no more but the remains of it still flicker brightly within him.

In this world, once your soul was somehow devoured or taken, you had a “torch” remaining which would flicker until it’d go out as you get erased from existence – no one would remember you. Your friends, relatives, family, classmates – everyone.

However, flame hazes like Shana battle with these people and keep ordinary humans safe.

It was a wonderful and interesting ride for me. A world filled with such fantasy, mystery and concepts that were new to a six year old me.

I grew along with this series from its first season to its fourth last season. I saw how characters like Yuji, Shana grew more mature and more independent to make some sort of difference in this big fantasy world they are involved in. How certain past enemies became important allies, how alliances were made, how groups formed.

Everything in this series fascinated me to an incredible level and leaves me in awe while reminiscing my experiences during the creation of this article.

How love is such a great driving force – even to those who wield strong, unimaginable power.

After watching this series, my interest into these new and more in-depth “cartoons” grew stronger and has lasted until this day.

Shakugan no Shana has always been a benchmark anime for me and I always find time to re-watch it whenever I can. Despite being released so long ago, it still has its entertainment value.

PERSONAL ENTRY – Since I have been running out of time to keep this blog up and going, I have decided to do the “30 Day Anime Challenge” to get myself used to the current schedule I have at the moment.

Recently I have been busy collaborating with a group in the social media platform, “Habbo Hotel,” and it’s been doing good so far.

If you want to view the list, it’s on here.

The challenge starts on May 1, 2017 so that it will cover the entirety of the month of May.

Hope you have fun reading.