Day 14: Anime that never gets old no matter how many times I watch it. 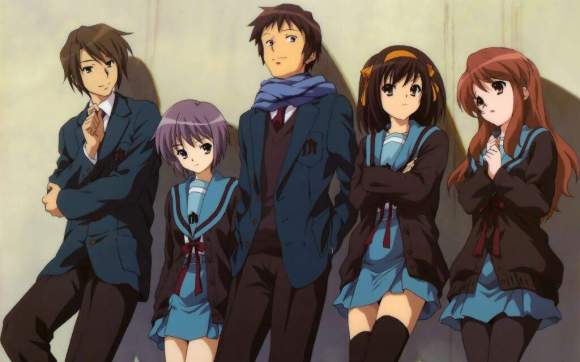 An anime series that has stood the test of time and could be agreed as such by the entire community is The Melancholy of Haruhi Suzumiya. This series has been the grounds for all anime series that have come after it. It set the basis for the current style of anime we see today.

This anime series has made a cultural impact predominantly in Japan, Asia and English-speaking countries. Numerous parodies of the dance shown in the anime’s ending theme, Hare Hare Yukai, were popular during its airing time and gave the companies a very hard time to enforce copyright.

That’s quite enough evidence to say that the Haruhi franchise contributed largely to the culture of anime.

When I mentioned “set the basis,” I mean it in the sense that this series has set the standards for your typical slice-of-life, high school-set anime series. Same goes for the entirety of the works that the studio, Kyoto Animation, which they base from the entire Haruhi franchise.

Why is the series good, you might ask? That’s a pretty hard question to answer but let me try to do so in the best way I can.

For starters, the story telling used in the Haruhi franchise is somewhat new and unique. Kyon narrates the story to the viewer and adds in his own internal monologues but doesn’t take away the spotlight from the real main character which is Haruhi Suzumiya. Some people might mistake Kyon as the main character of this series but if you think about it, the story always surrounds the titular character, Haruhi Suzumiya. 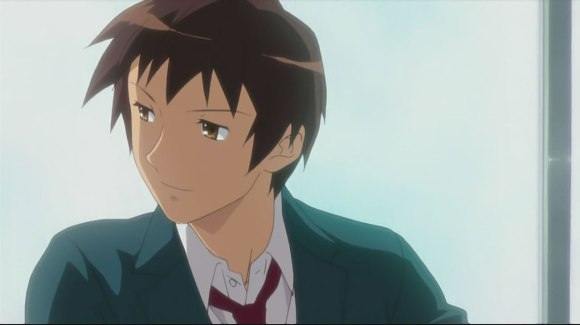 Its story is quite unique as well. I don’t think I have seen an anime series where it balances the high school, slice-of-life aspects whilst also mixing in the supernatural phenomenon in the mix. I mean, seriously, the titular character is god and it is Kyon’s (and the other characters) job to make sure that she is not aware of her abilities.

We got really fantastic characters here: an esper, an artificial humanoid interface, a time-traveler, and we have Kyon – a normal guy. All of them ensures that Haruhi is entertained and in blissful ignorance of her god powers. Simple yet something unique at the same time.

Imagine if you were in such a situation – you, as Kyon, would have to keep these fantastic and extraordinary phenomenon in the dark and make sure this blissful ignorant “ojou-sama” doesn’t know that she is god for the sake of the world’s safety. 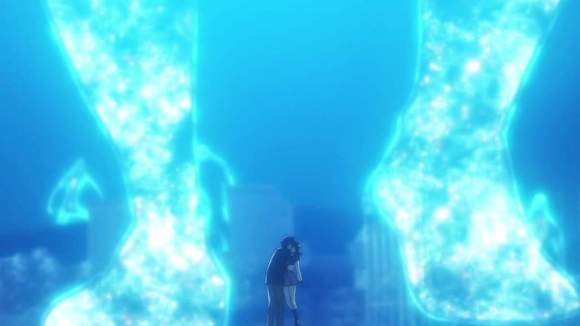 It created somewhat of a confusion and also a sense of appeal since nothing of the sort is common. In Kyon’s order, the first episode would be “The Adventures of Mikuru Asahina Episode 00” while it would be listed as the eleventh episode in Haruhi’s order.

The ending theme was quite phenomenal as well which, as I mentioned earlier, bred numerous parodies as people were trying to do dance covers. The theme had a catchy, upbeat tune and showed off a full dance sequence. It was quite unique and probably even in our current time. 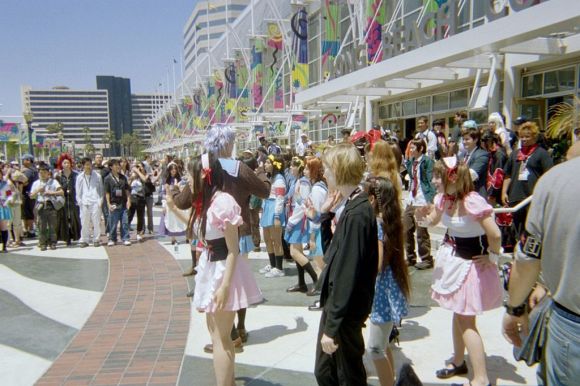 Because of the Haruhi franchise, there was a rise of popularity when it came to the high school set stories in Japan.

The story might not appeal to people at this time but take note that this franchise is the reason why anime, light novels and manga are written as they are right now. The trend of school-set anime was started by the Haruhi franchise which is probably the reason why despite the absurdity of most anime series, it is still in high school – “because apparently everything happens in high school.”

The Melancholy of Haruhi Suzumiya was a classic, a trend-setter, and is still appreciated till this day despite being released in the early 2000’s. It is, definitely, an anime series that never gets old no matter how many times I or you watch it – you can fight me on this. 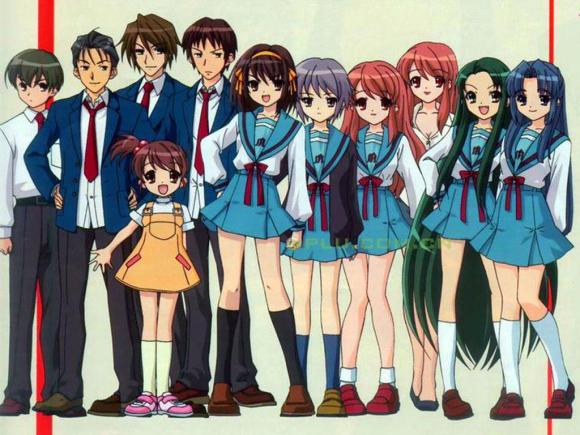 I agree with TPAB. Season one was great so it was a shame to see them kill the series with the Endless Eight repetitive trolling.

It truly is an anime that never loses charm. I was honestly a big fan until endless eight. I hate that so much that it ruined Haruhi for me. It felt like a mean spirited joke by KyoAni.
I love the first season though, and the dance did spark a trend that still continues to this day.

I remember a Q&A panel event where the director of the first season of Haruhi Suzumiya planned to shorten the Endless Eight arc to four episodes.

But it all got to eight episodes when the new director sat in for second season.

I’ll give points for trying something, but it was just too much. Kyon-kun, denwa~ Kill me.

now you’re making me remember the feelings I had whenever I see Haruhi walk out of those doors and see Kyon do nothing. We all know what he needed to do, but it feels infuriating that he never does it.